Martin Bailey is an unashamed geek. His passion for technology started aged 11 when he bought a Sinclair ZX81, and quickly learnt basic programming before migrating to a ZX Spectrum, BBC Micro and then onto PCs in the early 1990s.

His career has mainly been in sales and marketing, but has now completed the loop and is back working with innovative, cutting-edge technology at two award-winning software companies. He is General Manager for CADCAM and automation specialists JETCAM International s.a.r.l. (based in Monaco) and Marketing Manager for Southampton-based ERP software developer 123 Insight Ltd. Having written over 100 case studies for both JETCAM and 123 Insight he has also penned numerous technical articles and white papers for the industrial press and has won dozens of awards between the two companies. 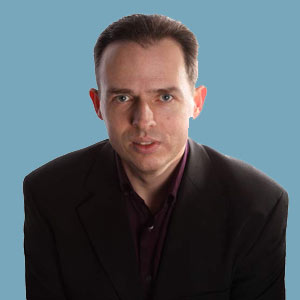 “The inspiration for my first book, Marketing your Business, came one day when I was backing up my hard drive. I found various documents that I had written for staff, customers and friends over the years and said to my wife ‘I’ve got the makings of a book here. I think I’ll write one’. By her reaction I may as well have said that I was going out to mow the lawn, but I put digit to keyboard and a year later it was finished and self-published. I decided to do a second edition two years later.

In 2015 I made the decision to write another, my seventh, but had initially started on a different book. It was only because three friends in the same week had asked for advice for gadgets to meet a specific need that the ‘makings of another book’ idea rebooted. I stopped work on the other one and immediately switched to The Useful Book of Gadgets, Gizmos and Apps. Why ‘useful’? Simply because many of the items covered are tools that I use or recommend every day. The rest are great solutions to 21st century problems or simply just fun or interesting gadgets. I take a great deal of satisfaction when I’m able to suggest a solution that can make a real difference in someone’s day to day life, however small.”

"The first edition of the book did extremely well, hitting Amazon UK's Top 100 in the Computers and Internet section, and receiving over a dozen 5-star reviews, which spurred me on to write a section edition. This book, now my eighth, is completely refreshed, detailing updated to all of the previous gadgets, and several new ones. An entirely new section - Quick Hits - covers smaller gadgets, websites or apps that I couldn't really justify a couple of pages on but that are still very useful to know that they exist. I also revisited The Future of Gadgets, adding more insights - thankfully I wasn't wrong on anything so far!"

2019 saw the publication of 'How to implement a manufacturing system', based on experience gained by writing 50+ case studies for 123insight. "There are many common experiences that companies go through when implementing a company-wide system such as MRP. Many of the negative experiences can be easily avoided, so this book was a natural progression, mapping out a tried and tested formula for selecting and implementing MRP." The book is available through Amazon and all major retailers, but will also be available free of charge to attendees of 123insight's events.

Book published in the UK by Management Books 2000 Ltd.

All photos are copyright of their respective owners.